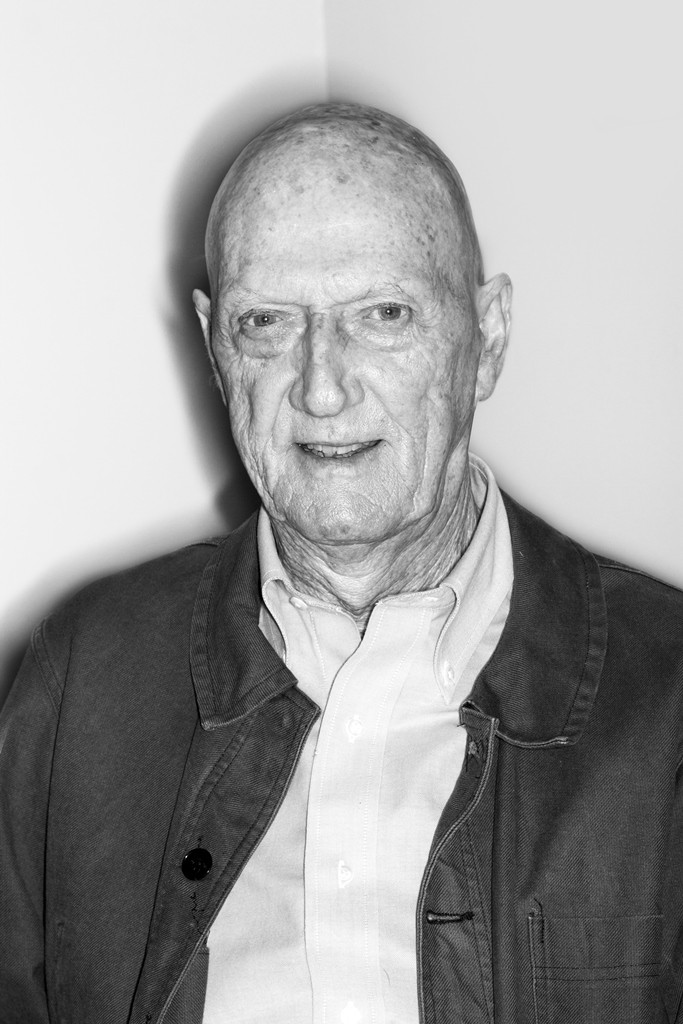 Allen Jones, iconic and consistently provocative, holds his rightful place as one of the most important British artists of the last century. Through his paintings saturated with color to his controversial and often criticized sculptures, his focus has always remained on the representation of the figure. He arrived in Miami to unveil his six-ton, 20-foot-high sculpture “Dancers,” which made its U.S. debut that evening.  The sculpture was most recently showcased at the famed Royal Academy of London in 2014.

“I’ve been doing this for a long time, and it still excites me.” 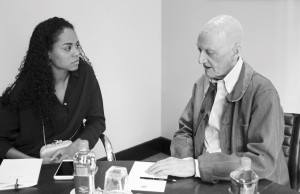 How does it feel to have “Dancers” make its U.S. debut during Art Basel Miami?

The sculpture like myself is visiting for a few days, and I don’t know we will see how things go maybe one of us ends up staying… last night at the Swire opening for a moment I thought I might have gone to heaven, being surrounded by all the beauty in the shape of all the ladies there.

The rules I would have broken would have been the rules of art language. At any one time, people have a perception of what the world looks like and how things should be. Eventually, people get very comfortable with that language and for one reason or another… but for many reasons these things change and often it is the artist, poets, writers the artist in the broader sense of the word as they are not divorced from the environment. These are the people who signal the change. I suppose if I made any contribution or statement in the frame of reference of your question it would the sculpture of the late 60’s early 70’s.

Jones refers to his fiberglass sculptures Hatstand, Table and Chair, three life-sized images as women portrayed as furniture. These sculptures shook the art world and their aftershock rippled throughout mainstream media and society.Abstract Expressionism had basically swept away the old visual language or representation and I happened to be a part of that movement, which then subsequently became known as Pop. Whether or not art historians agree with me, there was undoubtedly a swing of the pendulum back from abstraction to figuration. I suppose it was the development of the post-war period that suddenly urban images, reproduced images, posters, films these things became the new subject matter and brought in new language a new way of saying things and I’m a little bit of that building block. Perhaps I would like to think so. The subject matter wasn’t new but the way and how you say something is what changes. 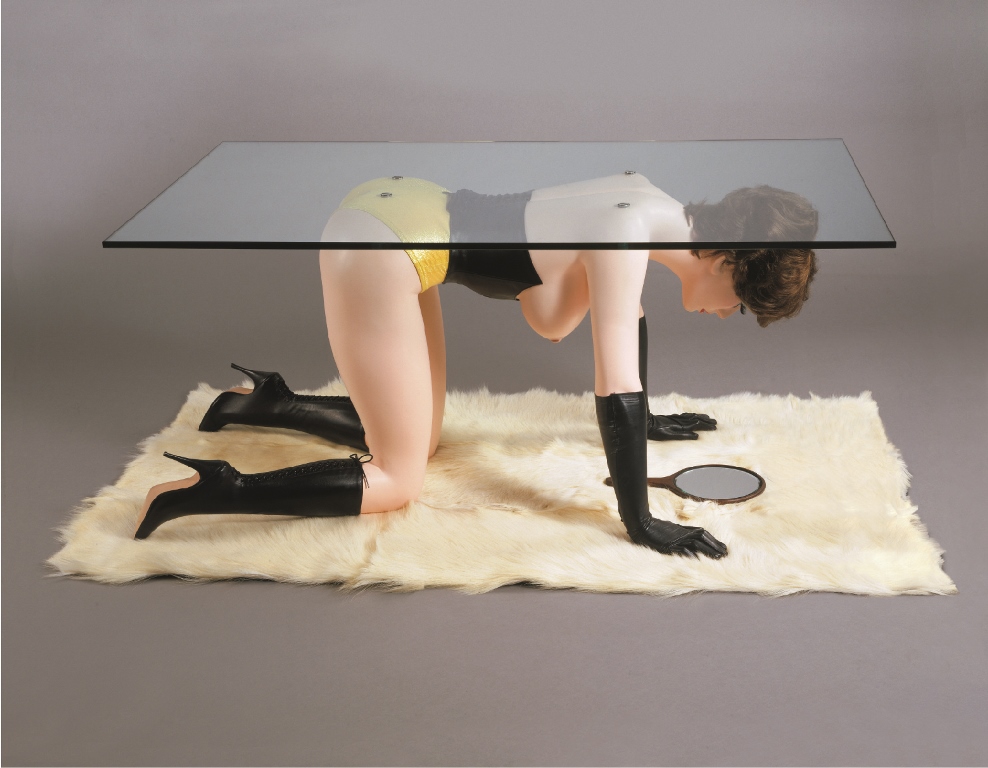 A lot of your work has a strong focus on the woman. Do you have a muse or something in particular that inspires you?

My subject matter, which could be my limitation, is the figure. The figure, usually the paired figure, a very old idea to try to visualize and personify the creative act and the image of the dancing figure has existed since the dawn of time. I’ve been doing this for a long time, and it still excites me. 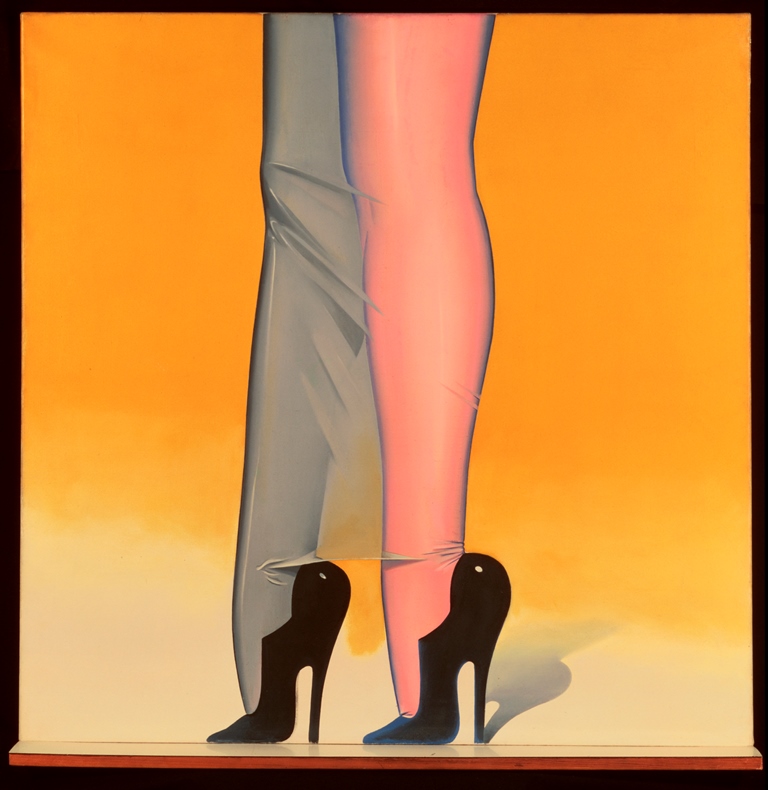 Brickell City Centre, Swire Properties Inc.’s $1.05 billion development transformed its construction site into a vibrant art oasis, fusing together art, architecture and science. The “Illuminate the Night” event hosted over 500 influential members of the international art and design communities to celebrate Swire’s commitment to art and sustainability. Beneath the radiance of the CLIMATE RIBBON™, guests grooved to the vinyl-only sounds of Wooden Wisdom, the dynamic DJ duo of Elijah Wood and Zach Cowie. 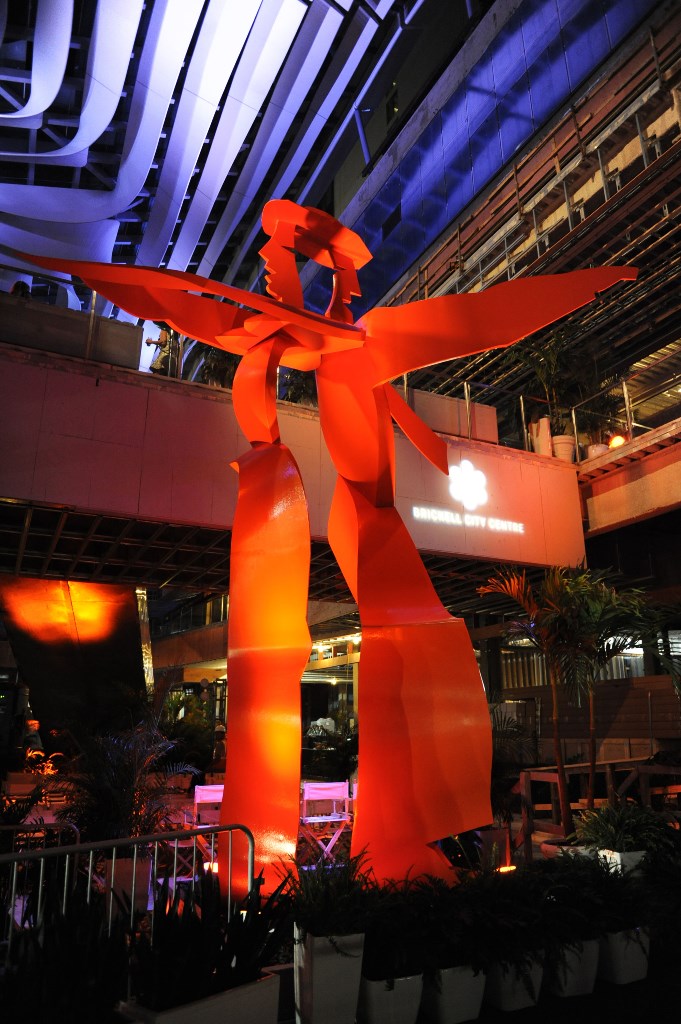