From Miami to San Francisco, we have seen creative communities born and flourish to become the cornerstones of the creative expression we know and love in urban America. Who’s to say St. Petersburg, located on the Western coast of Florida, is not the next? One thing is for sure: Et Cultura brings a strong case for why this city could and should be a rising star in the arts scene.

“I can say that to see it [St.Pete] exponentially expand over the past few years is like something that I have never had a chance to be a part of,” said Lea Umberger, co-founder of Et Cultura. “It is humbling to see a movement built on the foundation of the arts and hope; that kind of economic model will encourage more investment and development of arts programs in smaller cities that are looking for ways to grow. Cities without a sense of art and culture in their identity are missing a part of their soul.”

Umberger and Joel Malizia, two of four co-founders of Et Cultura (or EtC), are the creative minds behind the interactive festival, which was conceived in 2015 and quickly gained the support of local businesses and artists. One after the other, “yes” was heard from members of the community, propelling the movement forward. 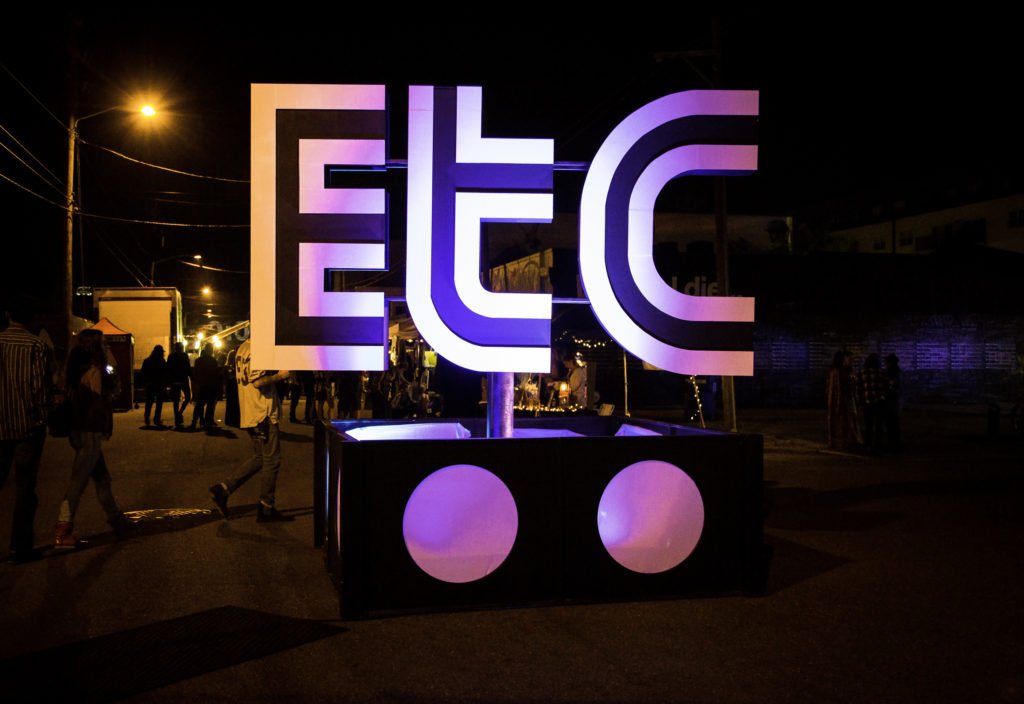 The five-day immersive event set the stage for creative minds to share their stories, thoughts, and sounds. Artists, filmmakers, innovators, and musicians all converged with the vision of empowering artists, exchanging talents and connecting with the community. With so many artists supporting the economic growth plan to place St. Petersburg among the other artistically booming towns across the country, “The Burg” is positioned to be the next creative mecca.

Both Umberger and Malizian are veteran team members of the renowned SXSW, an annual conglomerate of film, interactive media, and music festivals and conferences in Austin, and both bring plenty of experience. They credit the wildly successful SXSW with much of what they have learned as far as a planning and execution – what has worked and what has not – but EtC is only loosely based on that format. It includes interactive sessions, music, film, art, and makers, as well yoga, which was also added this year – this addition reflects a strong undercurrent unique to the St. Petersburg wellness community and brings an interesting mix of music and wellness.

Et Cultura was held from Wednesday, November 16 through Sunday, November 20 in downtown streets of St. Pete. The event was painted with the backdrop of building murals, similar to those of Miami’s Wynwood Walls District, that materialized from another local artistic movement known as SHINE mural art festival. Visitors had the opportunity to screen films, view pop-up art galleries, listen to nationally and locally recognized musician and browse indie artists on the roughly ten block space and surrounding satellite businesses that participated in the festival.

“Cities without a sense of art and culture in their identity are missing a part of their soul.”

During the week, technology and thought leaders were the focal point, but the weekend brought together creative musical talents such as Future Thieves, Must Be the Holy Ghost and The Hip Abduction. Bringing these musicians together created a unique musical soundtrack that brought the art and people to life while they browsed the arts and streets.

“It’s important to have an outlet for people to experience the new and fresh artistic things people are creating,” said Austin McCool, guitarist with Future Thieves, a Nashville-based alt-rock band. “We love festivals, especially ones that are on the rise and have a really cool vibe to them. Et Cultura seemed like exactly that.” 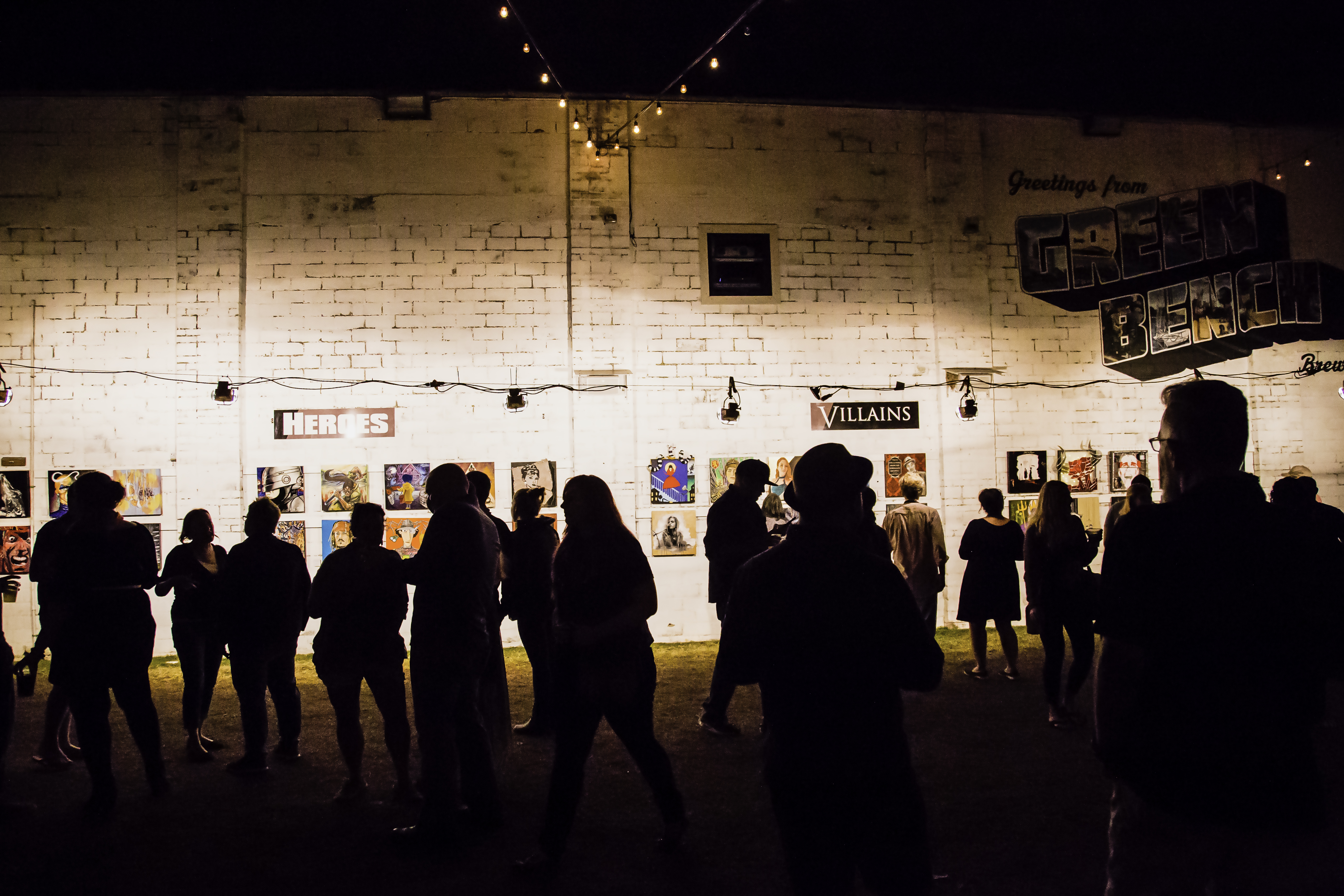 It’s precisely this innovative, creative vibe that gives rise to the synergistic development that is essential for the growth of an artistic community. Venues like EtC give these artists a place not only to promote their work, but also to meet other like-minded people and engage. It’s through this social networking that the community is strengthened and the real long-term sustainable growth of such a diverse and eclectic city takes place.

And Thursday’s interactive discussions centered exactly on that.

Station House, a local office space that embraces the diversity of St. Pete in its self-proclaimed “co-working space, restaurant & business club” hosted discussions among St. Pete’s thought leaders in areas ranging from emerging technology to economic development. Through a unique artistic and creative lens, the conversation carried the spirit of entrepreneurship, which has spurred the recent artistic revival of downtown St. Pete. The discussion focused on how to foster a community of creative development while implementing a policy and infrastructure that supports and sustains this growth and development – all while preserving the artistic life and authenticity that gave breath to this renewed energy. 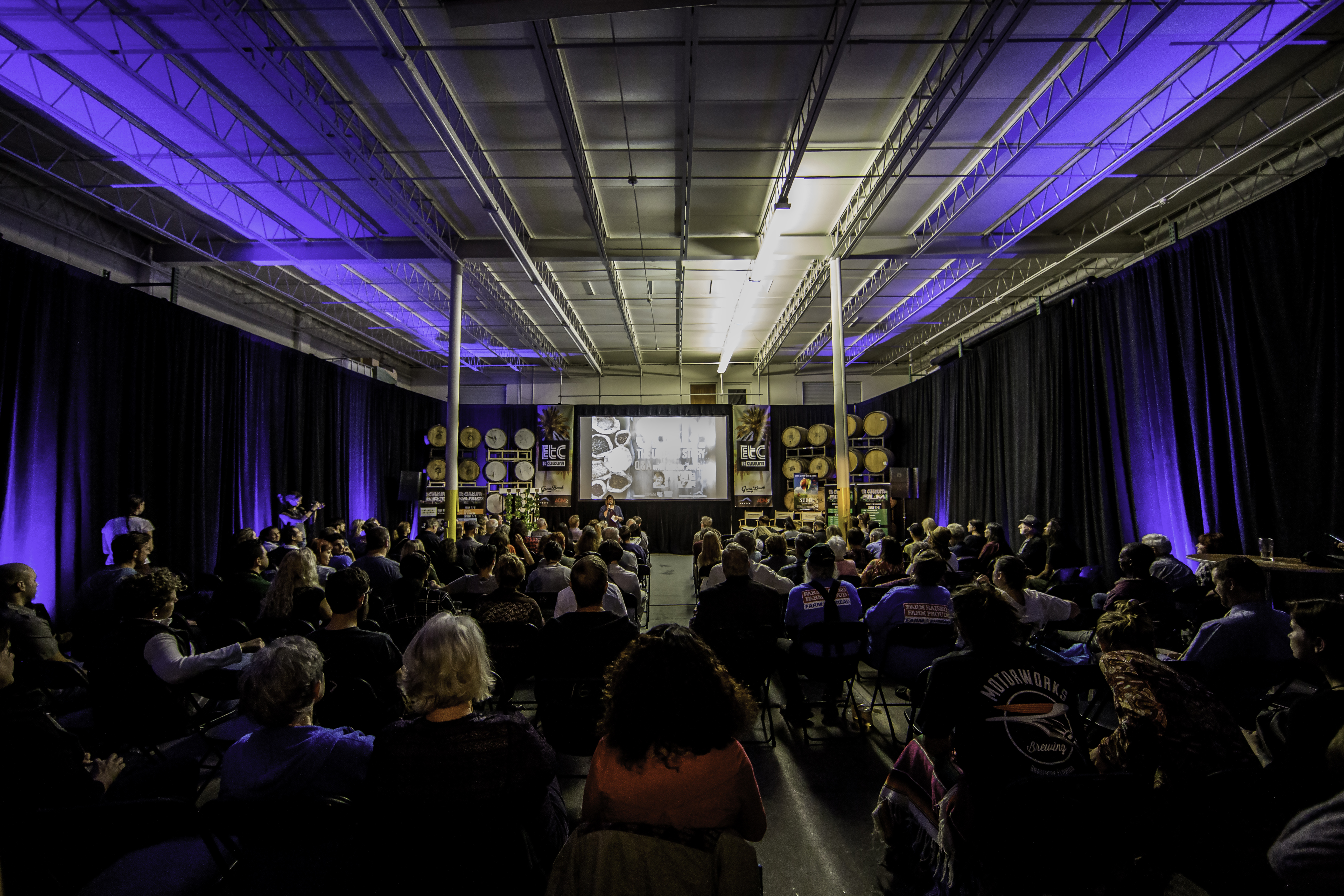 Keynote speaker Catlin Whitington, senior planner of SXSW, lead the discussion and was joined by esteemed members of the community, including Michael Vivio, President of Cox Target Media/Valpak and Vice Chair of Economic Development of the St. Petersburg Chamber of Commerce, Chris Steinoher, CEO of St. Petersburg Chamber of Commerce, and Walter Balser, Director of Innovation Education at the University of South Florida at St. Petersburg, to name a few. Along with other area experts, the group discussed the SXSW satellite model and how this could potentially work with St. Pete, as well as how the needs and challenges of economic growth are being addressed to advance economic and artistic prosperity. One challenge, for example, is making sure the cost of living remains affordable for the local artists who are the thread of the community and embody the creative energy that is bringing the city to be what it is.

One thing is certain: there is a clear understanding in the community of the dynamic and complementary roles creativity and economic growth play in the stimulation and success of growing an arts based city. 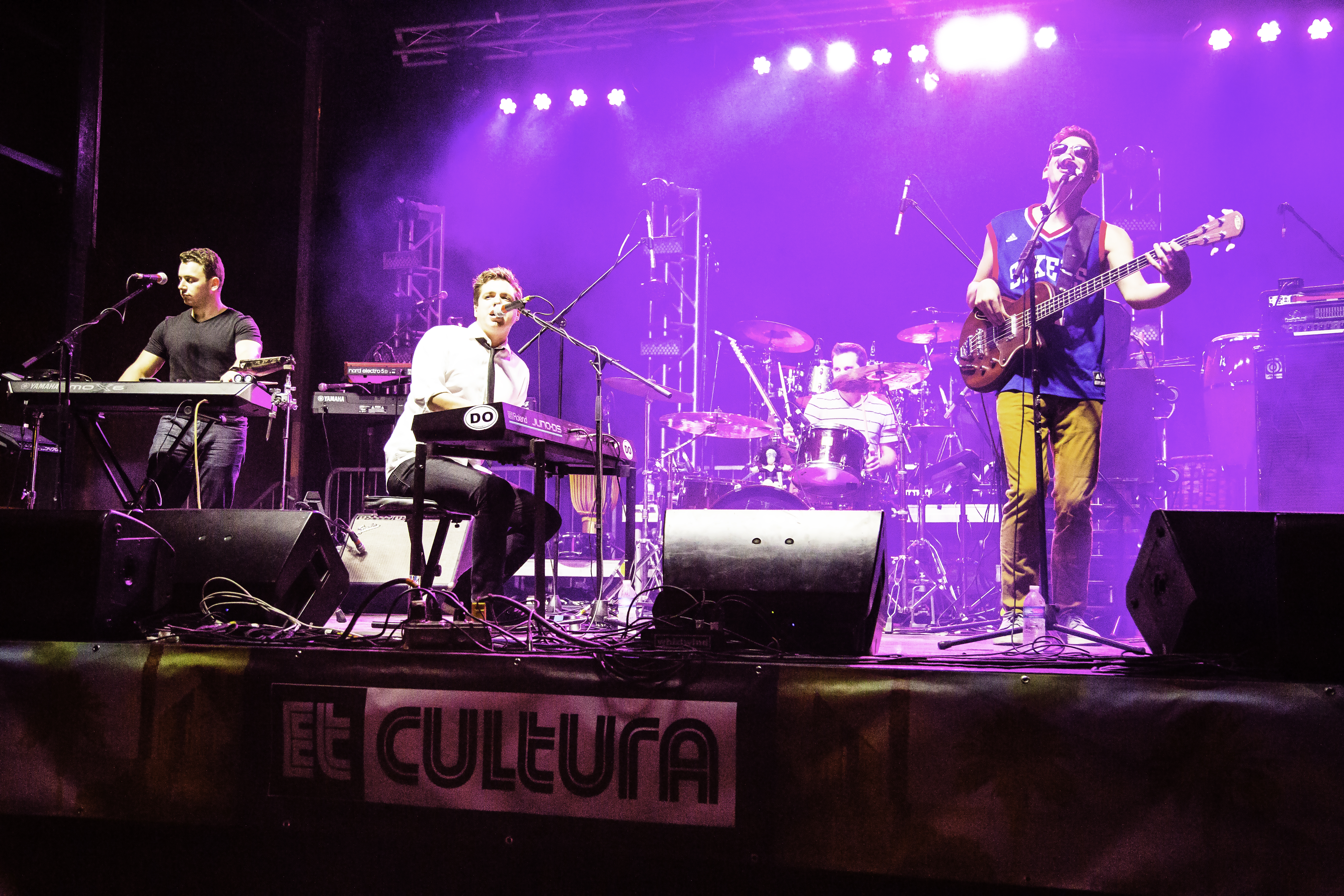 “We would like to continue to bring national and international talent to experience all that St. Petersburg has to offer, while we also highlight the local artistic and innovative endeavors. To foster an environment where people have the chance to discuss and discover new avenues of collaboration is always in the thought of creating this event and we would like to grow those opportunities over the coming years,” said Umberger.

She continued, “Our goal with St. Petersburg is to add to the dialogue of the arts that are growing in this city and contribute to the national profile of what St. Petersburg means as a cultural reference in the way that one thinks about when they hear Austin, Portland, Charleston or Savannah. How can we be a part of what people think of when they hear St. Petersburg?”

Creativity and entrepreneurship – this is the key. And St. Pete is fostering a love affair with both of them. Communities need to support artistic growth in a way that doesn’t impose on it. It must be organic. It’s clear that this city is creating that environment and embracing their convergence and collaborative flow. With time, St. Pete is confident that “The Burg” will be a resounding name synonymous with creativity and innovation. 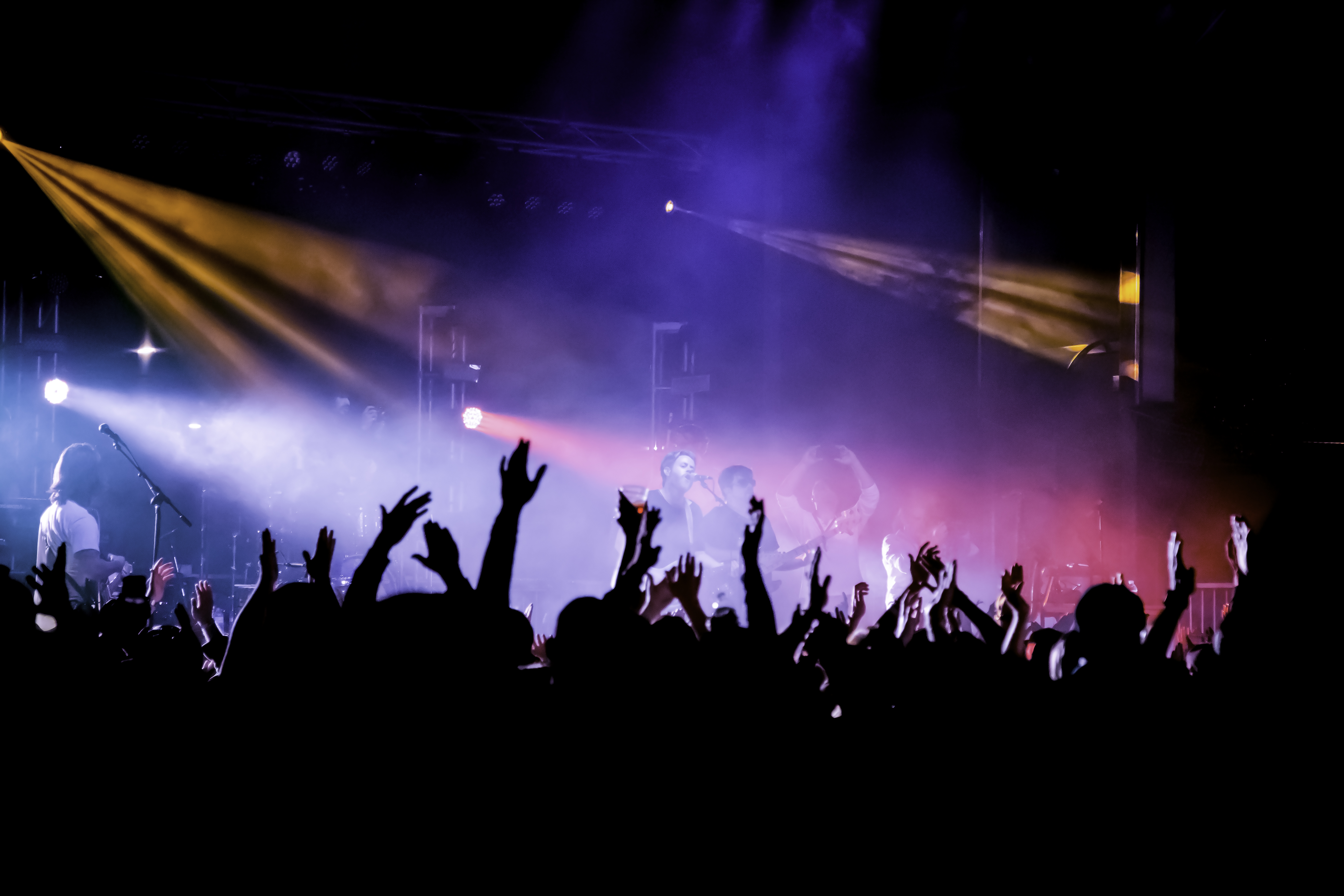 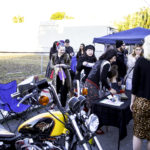 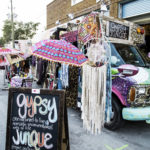 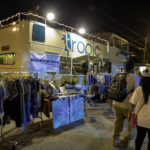