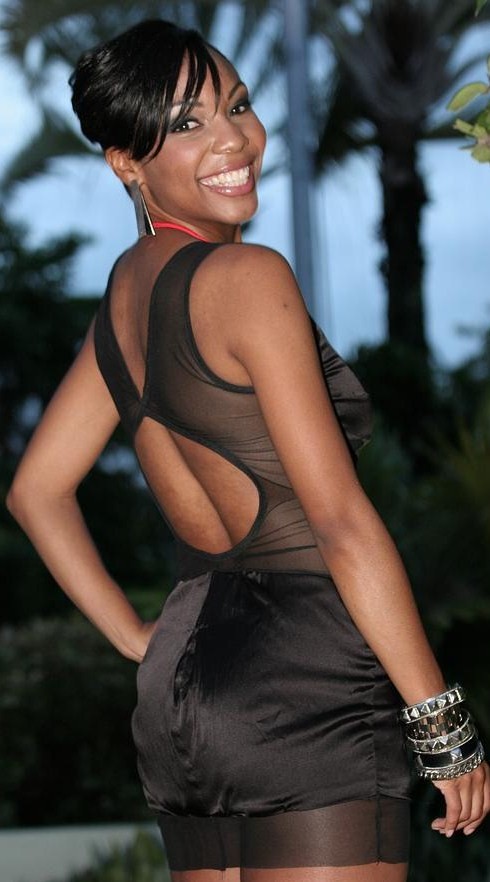 In the Fashion sense, designers come out to fashion shows and events to showcase their talents with different designs that will make them stand out from their competition. One of the designers by the name of Keva Johnson has had success with branding her name, as well with her company by being having her uniqueness stitched within her designs. In 2005 Keva graduated from Florida State University with a Bachelor’s of Science in Apparel Design and in 2006 her dream was being molded right in front of her eyes; In March 2006, Keva secured a spot as the first alternative on BRAVO TV’s Project Runway which placed her as the first of 23 individuals qualifying for the show.

“That was one of the biggest accomplishments that I have achieved, I mean it was an experience that I will never forget. I took the opportunity to learn and engage in what individuals had told me, told myself that I could be a force in this field and devoted my time and effort with making every opportunity count. In this field you have to be determined and devoted on making success happen. It will be hard, but if you really want something go out on faith and strive to get there.”

In the fashion business you have to stand out it is so many different designers and individuals that come out to events to showcase to the world that their design is the next best thing. “Again, being devoted to your work and observing what designer holds your attention is the first process of bringing your own creativity style. You have to take bits in pieces of information that you have sustained with networking and apply it to your brand. You are your brand, so it is up to you if you can survive this world of fashion. I can tell you so many different ways of cons in this field, but you have to have tough skin. There will be some companies that will not like your work, but you have to go out and seek other opportunities to become successful in any business.”

During Miami’s Swim Week Keva unveiled The Nile Collection, which has a lot of fans excited with the uniqueness of how Keva and her team delivered different looks that are different from other designers. Inspired by African safaris and Egyptian glamour, “The Nile Collection” embodies Keva J Swimwear’s signature sexy styles but with a new eclectic twist. Johnson used a black and white fabric in several looks to mimic the abstract shapes of palm leaves found within the jungle. The second print features a purple floral design (similar to an Egyptian Lotus Flower) with a background that is reminiscent of the waves of the Nile River which flows through Egypt and Northern Africa. By incorporating bold prints, high necklines and daring cut outs, each design is meant to be worn by confident and sassy trendsetters.

“I had so much fun with making this event happen and I am thankful with the outcome of people who supported myself, as well as the line.”

Keva has some upcoming projects and more designs on the way, but that is in the near future.

For media inquiries or to request an interview with Keva Johnson, email Susset Cabrera at info@thinkpeacock.com. 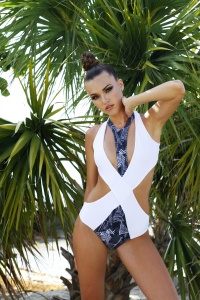