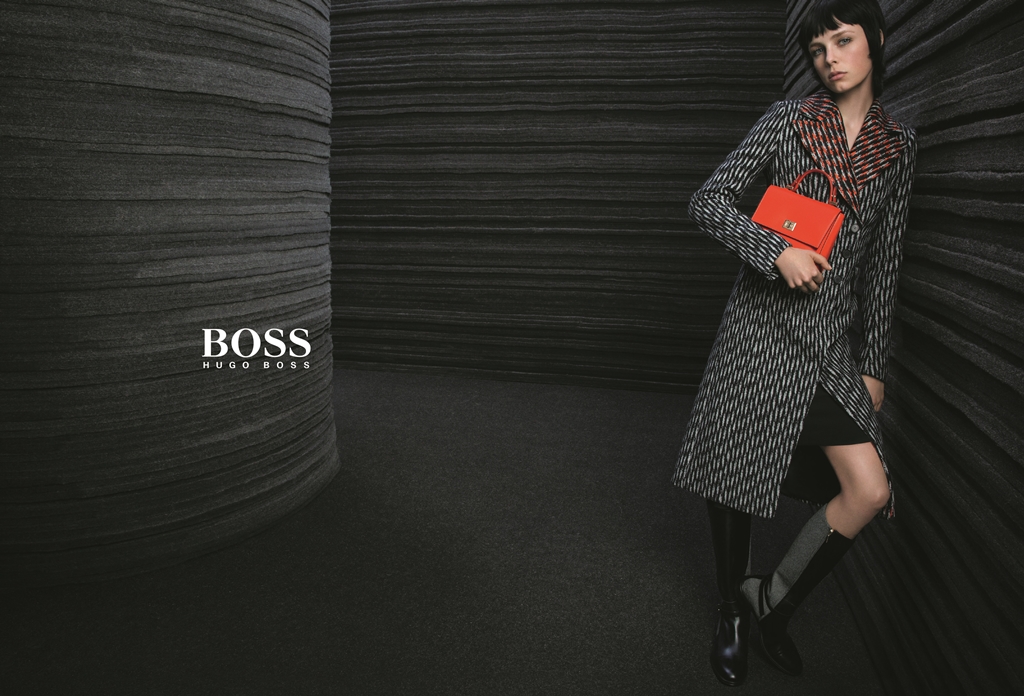 Artistic Director Jason Wu delves deeper into the world of BOSS in his third campaign. A Berlin attitude and an industrial mood permeate the images, featuring Clément Chabernaud and Edie Campbell.

The Fall/Winter 2015 campaign is photographed by Inez van Lamsweerde and Vinoodh Matadin, with movement direction by Stephen Galloway. The resulting images capture a striking sense of motion and energy within a dramatic
set constructed from layers of anthracite felt. 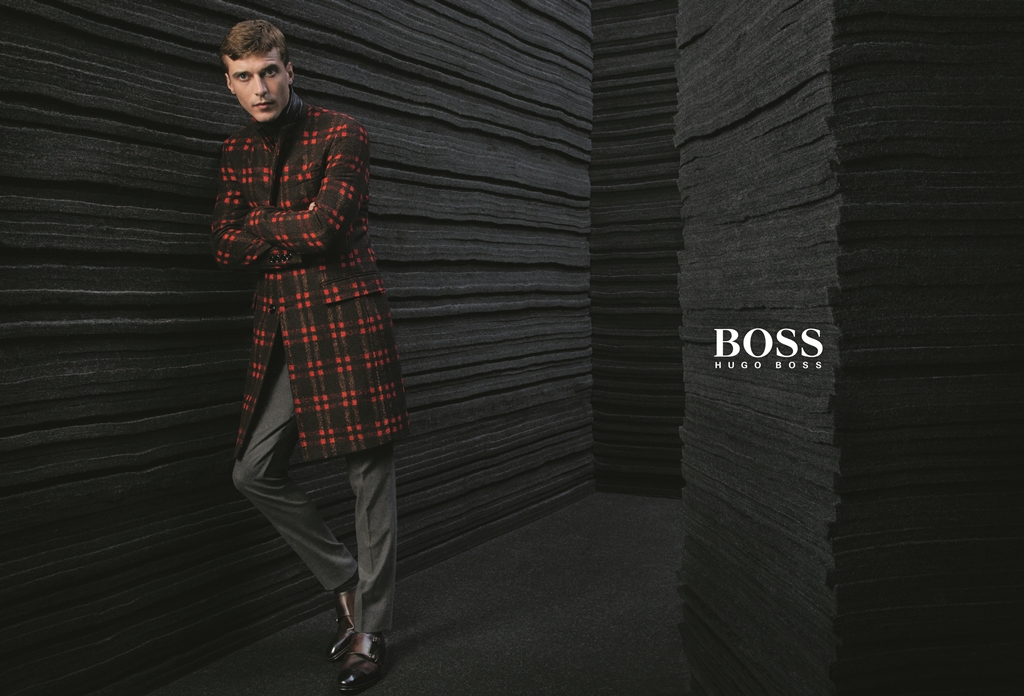 The choice of models was key. “There’s an edge about the two of them, which is something that we did not explore as much in the first two campaigns,” says Artistic Director Jason Wu. “It’s an interesting evolution. Clément has a
very masculine look but also possesses a refinement that is extremely modern, while, for me, Edie is the face of this generation. They both bring that refreshing sense of now.”

The Menswear and Womenswear collections tell one story, grounded in a reduced color palette of black, red, camel and gray. Mixed patterns, innovative use of wool felt and bold injections of color, for him and for her, lead us further
into the BOSS universe and capture the essence of an iconic brand.