We all know it and love it. Fashion Week Miami, or Swim Week more commonly called, celebrates some of the most sought-after names in high fashion from around the globe. And this year is no different.

“Our debut year of Planet Fashion Swim Weekend is truly the shape of things to come,” said Celia Evans, founder and CEO of Planet Fashion. “Our first year brought together an extremely unique and eclectic selection of some of today’s most progressive designers who are making a massive impact on the industry.” 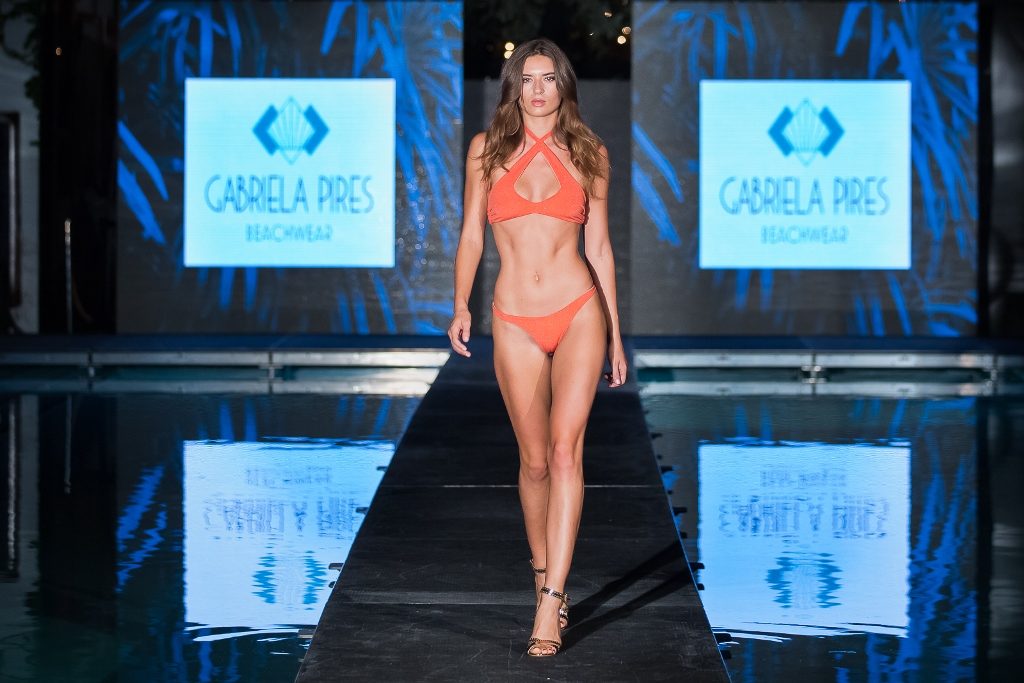 The Opening Night on Thursday, July 20th featured individual runway presentations by Roberto Cavalli Swimwear, Nash Beach and the massively popular Revel Rey by Washington based designer, Audrey Swanson. Nash Beach by designer and musician, Doug Barry, presented an “Old Fashioned Americana” themed show that took the audience back to the roots of the country’s melting pot of southern USA. His designs brought together a retro 1960s classic rock style of swimwear, complete with a Nashville sounding rock ‘n roll soundtrack to go with the runway show. 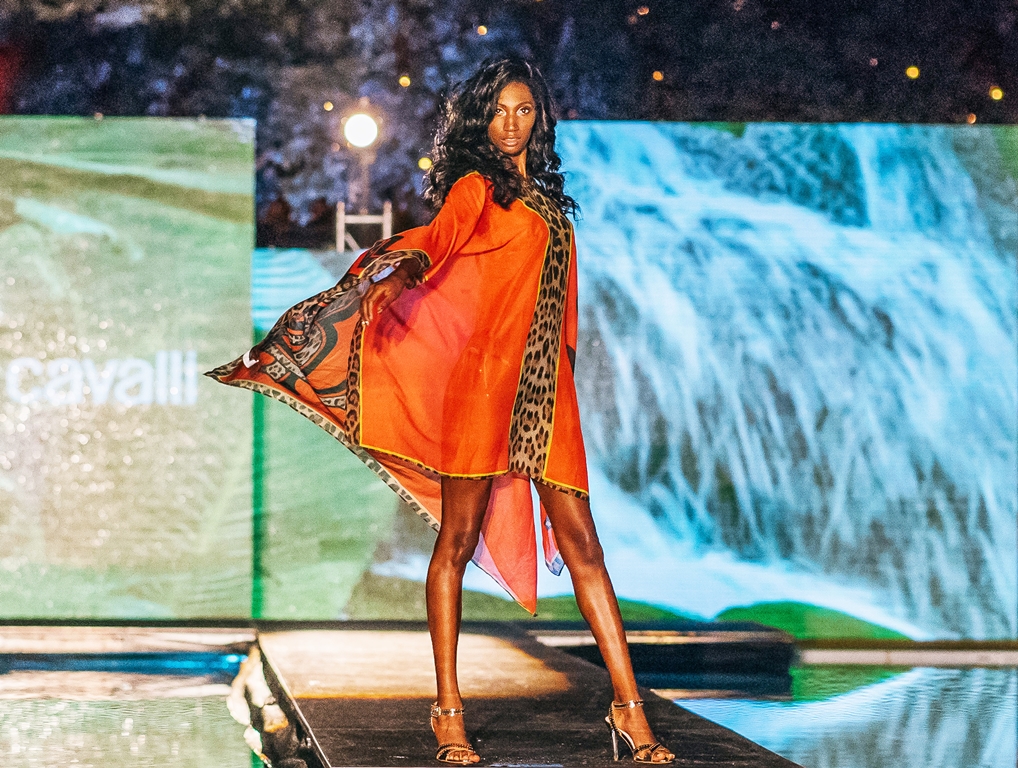 The same evening OMG Miami Swimwear by Andrea Gaviria made a head-turning impact, with an extravagant space-age Barberella meets the eighties themed show, featuring swimsuits made from plastic and textiles considered groundbreaking for the swimsuit industry, that included low-hanging straps and chains fixed to a number of swimsuits that gave a fierce-looking decoration. DSquared2 presented a highly anticipated show for men and women, reflecting the west coast Californian culture and LA hipster. The men wore trunks with bold statements on the rear, while swimsuits for women resembled the bohemian girl.

The Designer Showcase on Saturday, July 22nd featured especially selected runway presentations by Just Bones Boardwear, Gabriela Pires Beachwear and Art Hearts Fashion. Just Bones Boardwear – the brand known for “Reinventing The Boardshort” by Jennifer Weisman, garnered attention with a themed show of male and female swimwear that reflected the designer’s upbringing in South Florida. Colorful east coast styles brought a flashback to the eighties, with models styled with retro hair and makeup along with accompanying music by Michael Jackson and Prince to mark the eighties theme and designer’s favorite decade in Miami.

The second show featured Gabriela Pires Beachwear by Gabriela Pires that evoked a very feminine theme, with subtle yet chic styles that resembled the delicacy of a ballerina. A number of models wore a flowered corsage that reflected an old world fifties and sixties style of European sophistication and elegance. Arts Hearts Fashionby founder Erik Rosete, presented a broad selection of styles by more than six international designer brands from around the world. Art Hearts Fashion is known as a leading platform for designers and artists to showcase their collections in a contemporary fashion week setting, with shows held coast to coast as a national platform for the arts and fashion community. 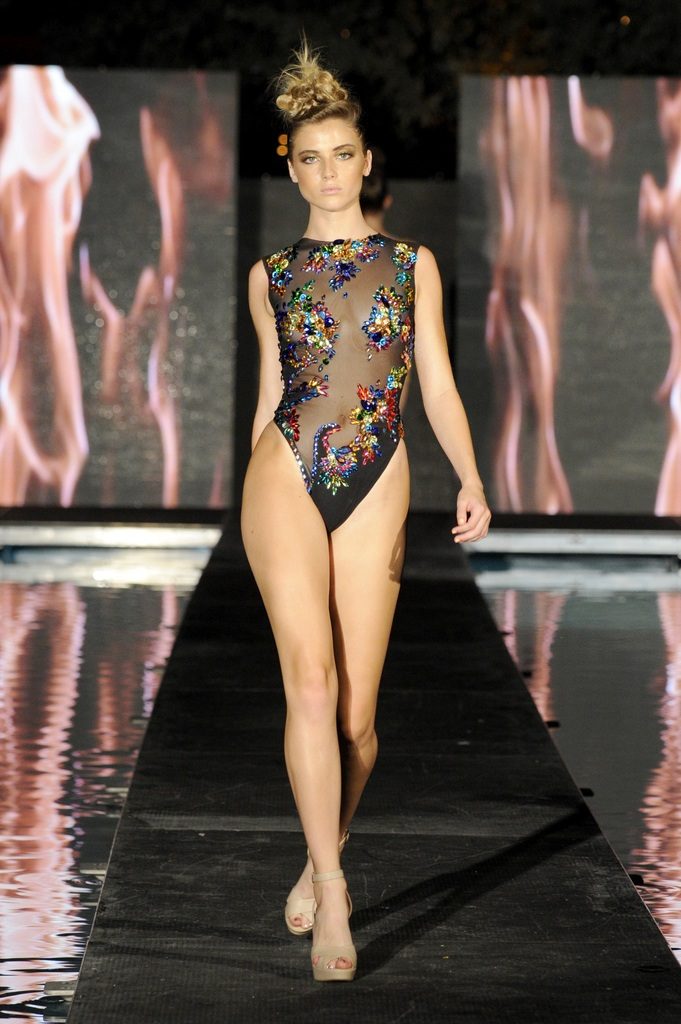 “Our three-night showcase gave audiences a special preview showing how diverse and innovative these swimwear brands have become with their creativity and vision. We wanted to present a unique assortment of both established swimwear brands that represent today’s leading designers, together with the very best from Miami who are also making a statement within the industry nationwide,” Evans elaborated.

During the weekend of runway shows, live musical performances by a number of emerging artists brought an exciting dimension of entertainment to the fashion forward crowd in attendance. Thursday night’s performance was by Momo, followed by a Friday performance by Montana Tucker. Saturday saw high-energy tracks by Deja Ro, Monica Jasmine and Bryson.

“Swim Pop” at Planet Fashion Swim Weekend presented an exclusive Pop-up shop and gifting suite for invited attendees to browse during the day on Friday and Saturday, featuring an Evian Water Bar, La Croix Beauty and Nail Bar, as well as apparel from designers Karma Bikinis, Deko Eyewear and Logophile The Label among many others. Lacroix Sparkling Water was a presenting sponsor and Titos Vodka was the exclusive liquor sponsor of Planet Fashion Swim Weekend.

Following each nightly series of fashion shows, the Planet Fashion After-party at Hyde Beach, the luxe indoor-outdoor hotel lounge at SLS South Beach, gave attendees an opportunity to rub shoulders and celebrate Swim Weekend with some of the show’s leading designers and modeling talent. 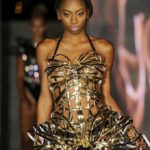 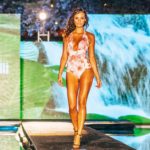 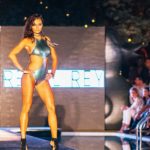 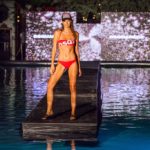 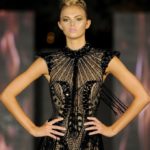