Meet Brooklyn’s very own Shirley Braha: she is the adoptive owner of the legendary internet sensation: Marnie the Dog. In August 2012 Marnie, a 10-year-old, half blind, smelly dog was moved to an animal shelter by animal control as an abandoned street dog living in Connecticut. Four months later, she was adopted by Braha via Petfinder and was named Marnie, after musician, Marnie Stern. Eventually, Marnie’s cloudy blind eye cleared up and her vision was brought back. She also started smelling nice after 14 decaying teeth were extracted. A few years later Braha began regularly posting photos of her adorable Shih Tzu on Instagram, under the handle @marniethedog, with witty captions and clever photography. Since then, she’s gained the hearts of a staggering 1.9 million followers and each of the photos have received hundreds of thousands of Instagram likes. It is amazing that the account has gained so many organic likes. Often, an account with a following that large has chosen to buy automatic Instagram likes to give their following the push it needs. Marnie here, however, doesn’t need any help at all! Marnie’s Twitter account has also received a respectable 75,000 followers. Senior rescue dogs are known for being especially grateful and loyal to their new owners for giving them a second chance on life, and Marnie lives every day exemplifying this joy and gratitude. Today Marnie is the most popular rescue dog on Instagram. 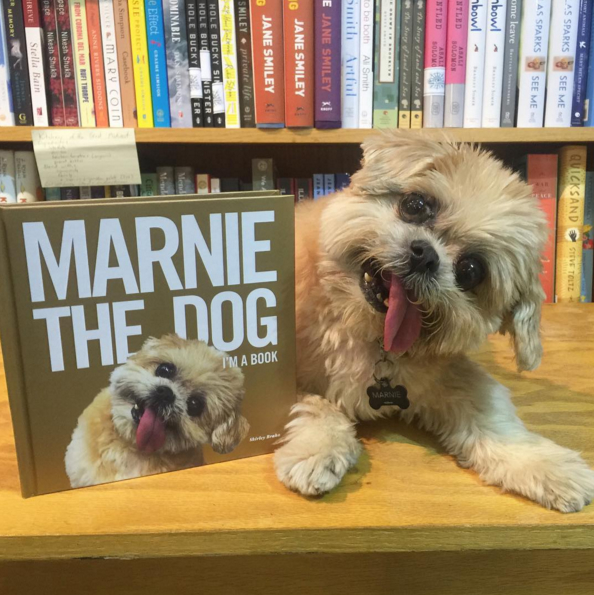 Braha brought the charismatic little dog everywhere she went, and soon New York was buzzing about Marnie the Dog. Buzzfeed ran a story titled “You Need Marnie the Dog in Your Life Right Now.” Her following grew, and grew, and grew. While many people starting out on Instagram choose to buy real instagram followers to boost their profiles, Marine’s Instagram army was united by people’s love of her cute looks and heartwarming story. Before long, Braha was printing Marnie calendars and signing endorsement deals. Marnie is especially well known for her permanent head tilt to the left and her tongue constantly sticking our of her mouth, which only gives additional character to her and makes her a more recognizable figure in pop culture today. The reality of Marnie’s tongue is just that she has a long tongue, and has always had a long tongue, and its awesome, and she licks it every few minutes to keep it from getting too dry, and when it’s snowing she puts her tongue back in. Braha additionally posts short videos of Marnie on Vine, which have also garnered significant attention. Shirley also just came off of a successful book tour for “Marnie the Dog: I’m a Book.” As a response to the quick popularity, Braha said: “I was just excited that anyone cared; I never imagined she would be at the level she is now”. Braha routinely makes appearances with celebrities, some setting up meetings with Braha to meet Marnie. Braha also makes paid visits to events, and sells merchandise featuring Marnie. In 2016, Avvo featured a video of Marnie in one of its television commercials and some of its online advertisements. She’s also been featured on Good Morning America, Paper Magazine, Huffington Post, among others. 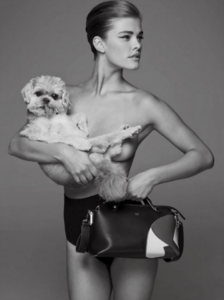 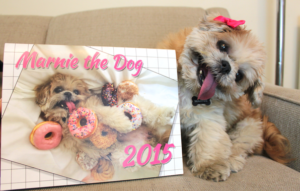 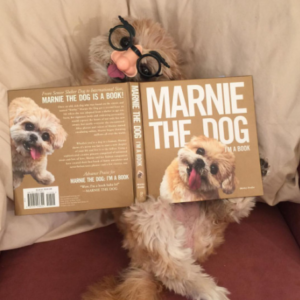 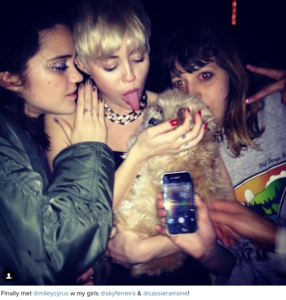 At the young age of sixteen, Shirley Braha started a record label called Little Shirley Beans Records. From 2001-2002 she was programming co-director for the streaming internet radio site indiepopradio.com. At Smith College, Braha was a DJ at WOZQ and their Events Director. She has also been a TV producer and creator of the music television show New York Noise. In 2001, Braha was featured in YM Magazine as “One of the 21 Coolest Girls in America”. Braha also created the show New York Noise for MTV Hive, an indie-rock TV show, in 2003 while interning at NYC TV, where she produced and edited the series. The program showcased underground music in unusual ways. Her production style “brought much-needed originality to her field,” according to the Village Voice. According to the New York Times, it was “a groundbreaking show that has attracted a loyal following.” . The show ran from August 2011 to September 2013. At the ripe age of 19, she was a well-known figure on the indie-pop scene, running her own record label (named Little Shirley Beans), organizing concerts and parties, hosting radio shows and more.

Shirley Braha is as much a skilled professional as a truly unforgettable and capable human being. She is an artist of photography, music and film but is additionally a master of branding, marketing, innovation, and lifestyle. As time goes on Miss Shirley will continue to build her brands and develop more creative projects and ideas. I for one am looking forward to seeing what Shirley does next!