Madonna, the undisputed queen of pop, has always been shrouded in controversy- and the 1991 Truth of Dare ‘sequel’ of sorts, Strike A Pose, which premiered at the 15th annual Tribeca Film Festival this past Friday, proved no exception. 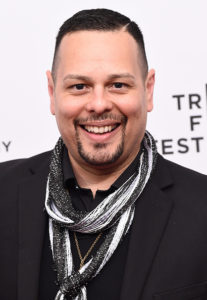 Strike A Pose is the 25-year cinematic reunion that picks up where cameras left off, catching up with the material girl’s once impressionable entourage of seven male performers from her legendary Blond Ambition tour. While the original explored pioneering themes such as gay rights, sexual liberation, and the HIV epidemic, Directors Ester Gould and Reijer Zwaan sought to shift focus onto the aftermath as seen through the eyes of the surviving protagonists.

L’Etage had a chance to chat it up with award-winning choreographer and veteran “voguer” Luis Camacho on the red carpet at the North American premiere, who reminisced about Madge as a maternal figure while on tour. “Just in the way she took care of us. She would make sure we wouldn’t get in trouble. She led by example, she was a good girl.” A stark contrast from her sexually-charged polarity, the cast members had nothing but positive remarks, despite several lawsuits that ensured following the former’s release.

Alternating between archival footage and real-time material, the documentary unravels with a punctuated nostalgia as each performer’s individual experience is thrust into the spotlight in this provocative exposé.