It seems that after the heart-wrenching news of Prince’s death, there have been a mix of heartfelt, humorous, classic, and bandwagon praises being swirled about the name of Prince. An endless tribute transformed our national narrative in a matter of hours. This came about through memes, shared articles and anecdotes, Twitter dialogue, an Instagram collage under the hashtag of “Prince,” tribute performances that attempted to capture his legacy, and purple becoming ubiquitous.

In another personal testament to the legend of Prince, Questlove pens a list on an Instagram post that, bullet-by-bullet depicts an astounding image of the essence that persists as Prince. Call it an unintentional and augmented pointillism if you will, the only vocabulary by which any and all tributes should pull from, a character sketch in 40 vignettes – if you will, or a genuine “definition offering” to the social legacy the nation is drafting about Prince – this list will have you nodding your head almost as eagerly as you did/ do to “Purple Rain” or “Kiss.” 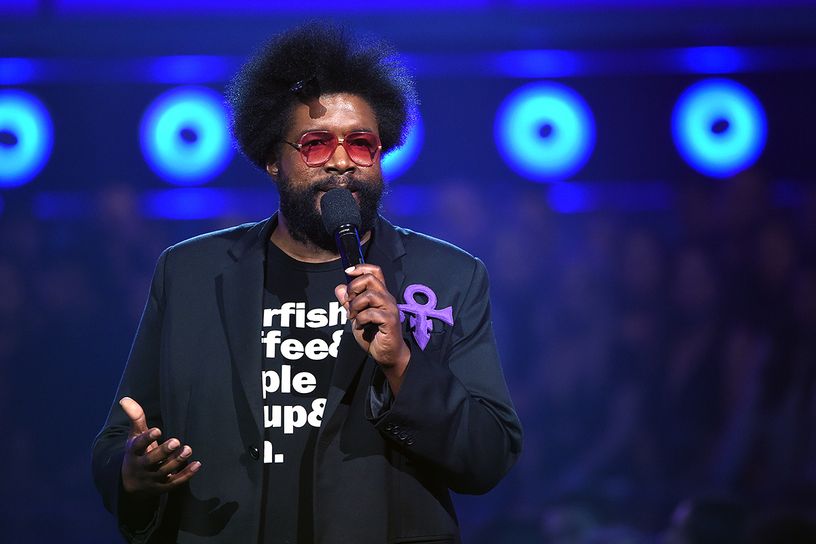 The Source dedicated an issue to Prince, and triggered the Roots drummer to type out an effortlessly humorous and concise Instagram tribute to Prince following his intense Rolling Stone essay, anecdote with Jimmy Fallon, and involvement with the Billboard Awards’ Prince tribute.