Imagine that you’re a young aspiring singer and Tina Turner or Natalie Cole volunteer to be your ‘godparent’ and help with personalized training and mentorship. That’s the sort of dream-come-true that The Little Dreams Foundation, started by singer Phil Collins and his wife Orianne, have made happen. Since it began in 2000, the Foundation’s sponsors and technical advisors have helped nurture young careers. On March 11, the second annual Dreaming on the Beach gala at the Fillmore Miami Beach will help raise funds for The Little Dreams Foundation. L’Etage caught up with Collins, the former Genesis drummer, to discuss his lifelong passions: philanthropy and music. 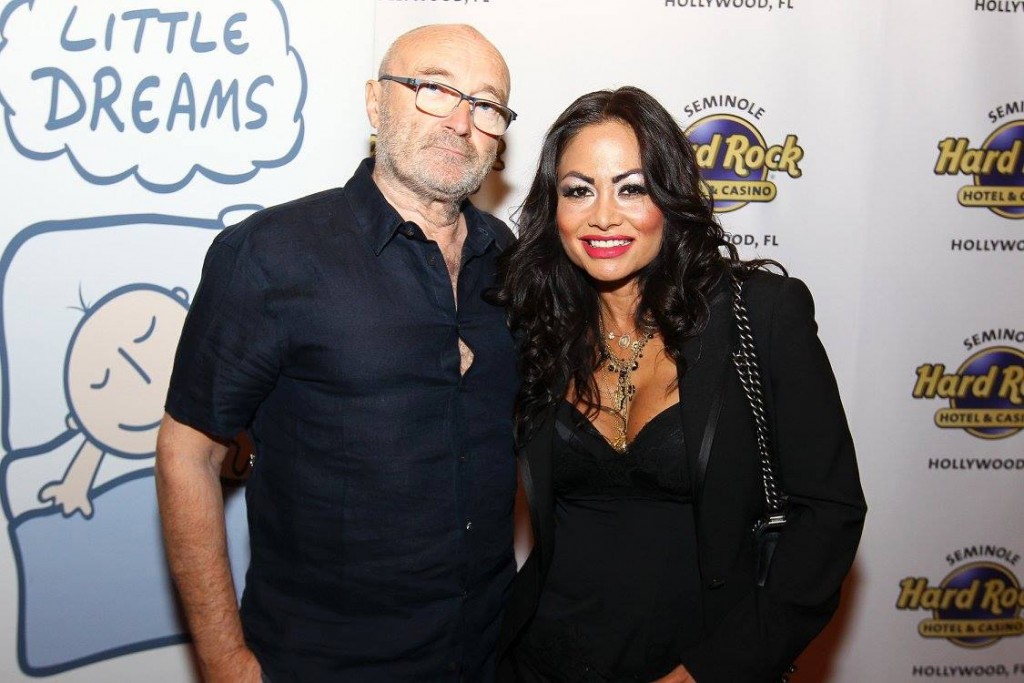 L’Etage: You have been very active in philanthropic circles for as long as I can remember; what was the inspiration behind Little Dreams?

Phil Collins: When Orianne and I were first married, I was getting a lot of letters from kids wanting advice on how to get into the business, wanting to know if I could help them, if I had any contacts. There were a lot of these letters coming in so we thought why don’t we try and do something to help. We decided to call it Little Dreams, I drew the logo, and we went from there. I started to let people know we were looking for talented kids and wanted to help kickstart their careers.

L’Etage: Fans have been buzzing about your making a comeback and wanting to bring your music to today’s generation. Any interesting projects afoot?

Phil Collins: For years I wanted to get away from music because there was so much wrong information about me out there and I just wanted to rub the blackboard clean and start again. So I just kind of disappeared. But I kept meeting people who said: “when are you going to come out and do something because we miss you.” And my kids, I’ve got 5, have all been encouraging me. The two younger ones who I live with want to see Dad do something new so that they can come to the concerts.

L’Etage: Well, considering today’s generation is just as obsessed with your music as past generations, I’m sure it would be welcomed with enthusiasm.

Phil Collins: It’s fantastic to know that. It does help when you don’t relate to fashion, you just do what you do, so it doesn’t become dated.

L’Etage: After your hiatus, I feel like it has all come full-circle; do you feel like that?

Phil Collins: Yes I do! I feel like it’s time to be rediscovered.

L’Etage: I know this is a stretch, but who would you consider the modern-day version of you?

Phil Collins: Well Robbie Williams who was kind of doing me at one point. I also feel very connected to Adele. She just handles herself very well.  She’s very strong. You can warm your hands on her and maybe I’m flattering myself right now but I feel she knows what she’s doing and that’s what you could have said about me, that I knew what I was doing. Really, we are all just making it up as we go, we don’t know what we’re doing (laughs).

L’Etage: So, what does Phil Collins listen to at home?

Phil Collins: I don’t listen to music; I hate music (laughs). No, I have to listen to some stuff, because my albums are coming out again now. I’ve got a list of demos and live things that I have to choose for the pair of albums in two months’ time so I have to listen to that. For pleasure, it can be whatever I feel like. Sometimes I’ll put on a bit of Westside Story, sometimes I might put on John Martyn who is a good friend of mine who has died now but who I’ve worked with. Or it could be Bruce Hornsby, I love Bruce Hornsby.

L’Etage: For the man that has done it all, what’s left on your bucket list?

Phil Collins: To do it all again.

On March 11, the second annual Dreaming on the Beach fundraising gala for The Little Dreams Foundation will unfold at the Fillmore Miami Beach. Co-hosted by Orianne Collins, philanthropist and jewelry designer of Orianne Collins Jewelry and David Frangioni, music technologist and founder/president of Audio One, will welcome guests with a VIP cocktail reception accompanied by silent auction. The evening tops off with a 3-course menu and music from artists who champion the cause.  Among the performers are Lou Gramm of Foreigner fame, Argentine pop singer Diego Torres, Spanish star Álvaro Soler, Miami’s own DJ Irie. As well as GRAMMY® award-winning Phil Collins himself, joined by a showcase from the Little Dreamers.

Call today to purchase your tickets or table 305-951-2757! or click here to the Live Nation ticket sales page.

For more information, to make a donation, volunteer or refer a child, contact Little Dreams Foundation at 305-951-2757 or visit www.ldf.cc. 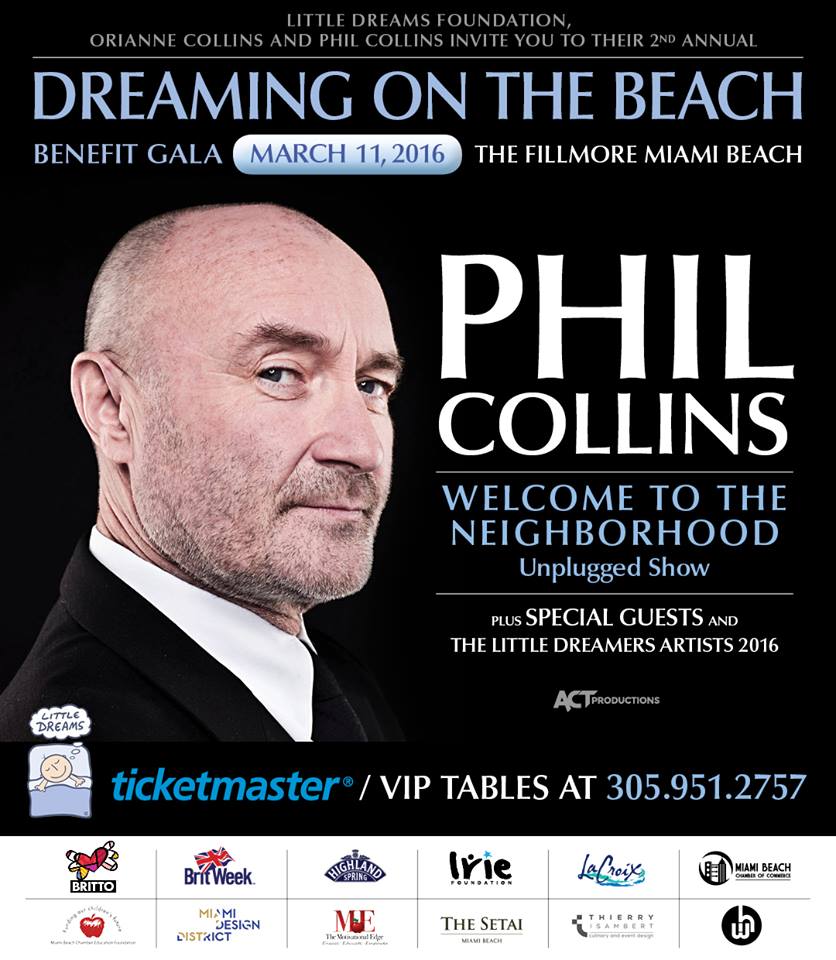