Meet Olga Namer: one of the most hilarious female stand-up comedians of our generation. She is currently breaking grounds with her incredibly funny, honest, authentic, sarcastic stand up performances. She is a classically trained actress, studying with the renowned Susan Batson, and has been casted in various sketch shows. She has completed UCB improv, which is an improv and sketch school founded by Amy Poehler, of SNL and Parks & Recreations. Olga is also a gifted screenplay writer and writes all of her own material for her stand-up comedy. The up and coming comedian/ part time model is currently one of the most important comedians up to date, joining the movement of breaking the taste-taboo ceilings of our society and social standards. 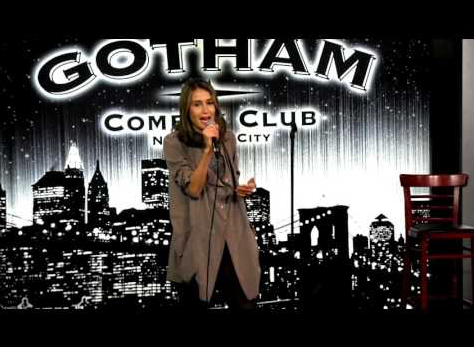 Olga has performed at the hottest comedy scenes all over NYC and Los Angeles, including Gotham Comedy Club, New York Comedy Club, EastVille Comedy Club, QED, Stand Up New York, the Comedy Store and HAHA Cafe, among others. Olga Namer is an artist in every sense of the word: her performances are nothing but sheer intelligence with her relatable material, wit and amazing sense of humor. Her acts are usually accompanied by an audience filled with loud and raging laughs mixed with some anxious chuckles. Olga pushes boundaries and is not afraid or shy to use her voice and personality to deliver amazing jokes about the world and humanity along with sharing her own personal life experiences. During Olga’s shows, you will be viewing the way others experience themselves and those around them, through an audience engaged art performance. She does so much more than just state jokes, she gives a voice to others from her community, and tackles the challenges and hardships we face in our lives. She has some brilliantly creepy story lines reflecting on a conservative Jewish family scenario.  She gets her points across to the public in the best way possible: through comedy and laughter.

I got the chance to speak to Olga after her Gothem performance in NYC and was surprised that her personality in real life is very different than her on-stage alter ego. Olga is actually extremely shy when spoken to and you would never know by talking to her that she is in fact a comedian. She is a true actress with the capability to transform herself into whatever character she decides to take on. Olga is also currently involved in co-producing a documentary that highlights the life of Canadian Jew, Mrs. Judy, who was a woman who helped rescue Jews from Syria in the 80’s and 90’s and placed them in America and Israel. The documentary is called Mrs. Judy and is going to be released sometime within the next few years. 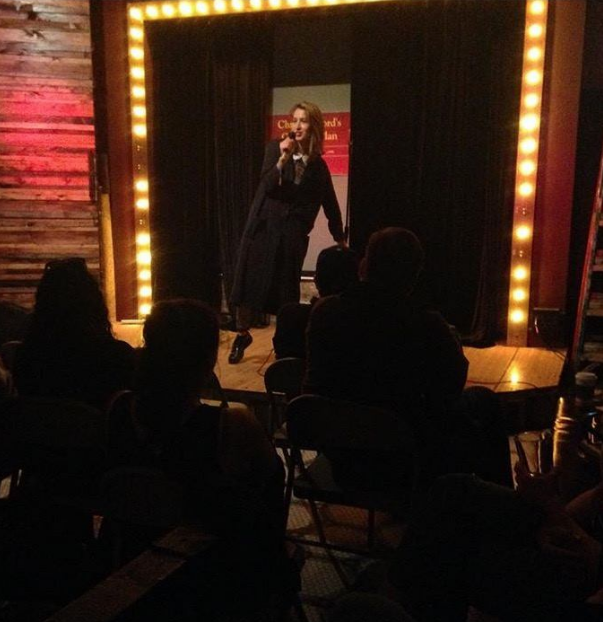 The contemporary art world is vibrant and booming like never before and it’s a twenty-first-century phenomenon, a global industry in its own right. Contemporary artists seek the power to astonish, satisfy, challenge, and push limits: the legend of Olga Namer comedy and acting achieve all of these things. Olga showcases art in the form of performance, which the public may not ordinarily have access to. Her revolutionary material is a modern and fresh take on an age-old practice, making her a true contemporary artists, in every sense of the word. She is a visionary who is constantly striving for the pursuit of perfection. Olga Namer’s goal is to be the next female Larry David, in the sense of writing her own show and acting in it. As time goes on, she will continue to delve deeper into the multifaceted world of comedy and acting by utilizing a wide range of mediums and taking an intimate approach to direction and upcoming projects and performances. I, for one, am looking forward to seeing what Olga accomplishes next with her versatile creativity.