Meet Reginald Sylvester II: a 29-year-old Brooklyn-based, North Carolina-born artist shaking up the art world as we know it. Reggie started off studying illustration but then found himself soon switching to graphic design. Later, in 2013, along with good friend Paulo Wallo, Reggie co-created Rare Panther, a cult streetwear brand he was a designer for. Frustrated with the limitations of working within the restrictions of fashion but already a respected illustrator, Reggie soon progressed to painting, a place where he could, as he says, “create with no limits.” Now, three years and three solo shows later—one of which at New York’s seminal gallery Pace Prints—the artist is now posted up in Europe, having just returned from his first trip to Art Basel in Basel.

Reginald Sylvester had been interested in drawing since he was a young child, who lead by example of his father, who was a natural at illustrating. Reggie first became captivated and moved affected by the art world when he was introduced to “Artist Talk”, which was a video with Pharrell Williams, KAWS, and David Salle, where they spoke about the process of art and how painting allowed them (not including Pharrell) to be respected for their visual voice. Reggie has publicly credited that legendary video to be a huge inspiration for him to pursue art seriously. 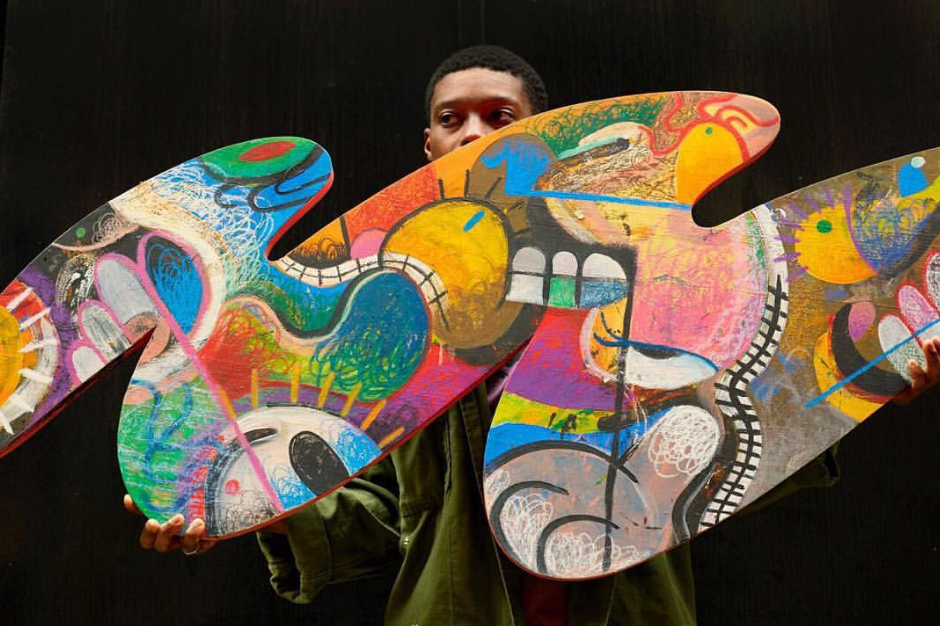 “In Search Of A Wonderful Place”, Reggie’s first show, voiced all of his influences visually. Lucky for him, he ended up selling out his first art show before it even opened. Reggie also just got back from Switzerland for Art Basel, where he was able to exhibit and successfully sell out his work amongst the best galleries and artists in the world.

In his newest body of works on paper, Reginald Sylvester II works intuitively with acrylic paint and oil sticks to create densely packed abstractions. Jumbling bold colors, black outlines, child-like scribbles and disembodied cartoon limbs, Sylvester wrestles with the perpetual overstimulation of a digital lifestyle with the emotional urgency of the abstract expressionist canon. The exhibition questions the idea of humanity in an age where identity is synonymous with a selfie. 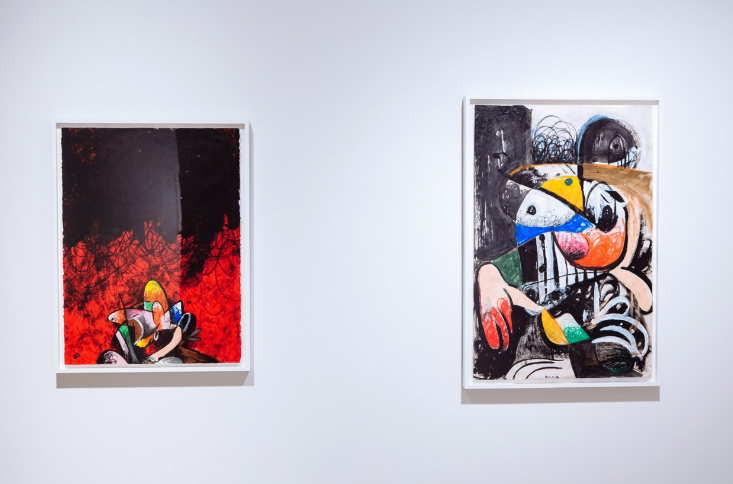 Sylvester’s works are a meditation on the Zeitgeist of his generation, marked by its voraciousness for information, while simultaneously being overwhelmed by it. With the speed and automacy in which he works, the artist’s newest compositions move away from the literal figure and towards their dissolution
into the surrounding space. “I’m trying to take it to a place where form and color are the characters in the work,” says Sylvester, “It’s all about pulling images from an unconscious place and putting energy in to reflect something bigger.” 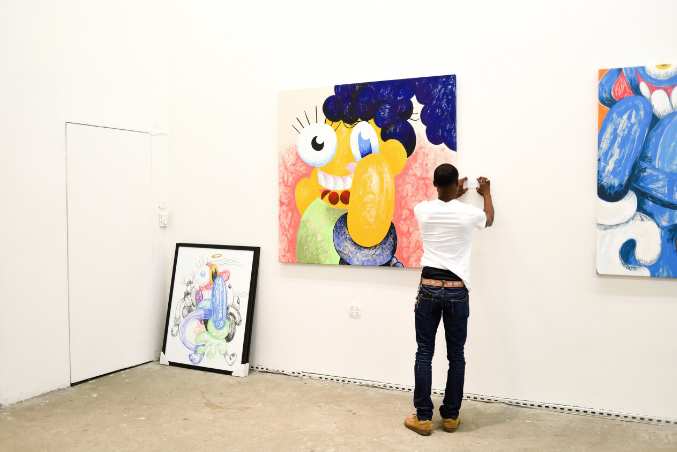 The contemporary art world is vibrant and booming like never before and it’s a twenty-first-century phenomenon, a global industry in its own right. Contemporary artists seek the power to astonish, challenge and surprise: Reginald Sylvester’s incredible artworks achieve all of these elements. He brilliantly showcases paintings that the public may not ordinarily have access to outside of a large urban environment within a welcoming, creative, and inspirational platform. Reggie is as much a skilled artistic professional as a truly unforgettable and capable human being. He is a true artist of not only painting but of fashion, innovation and lifestyle. As time goes on Reginald Sylvester will continue to delve deeper into the multifaceted world of art by utilizing a wide range of mediums and taking an intimate approach to art direction and design. I for one am looking forward to seeing what he does next! 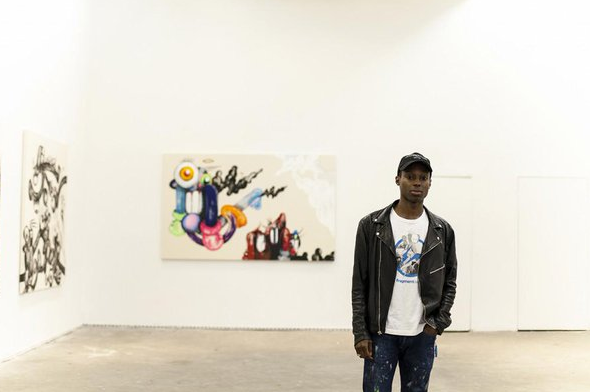 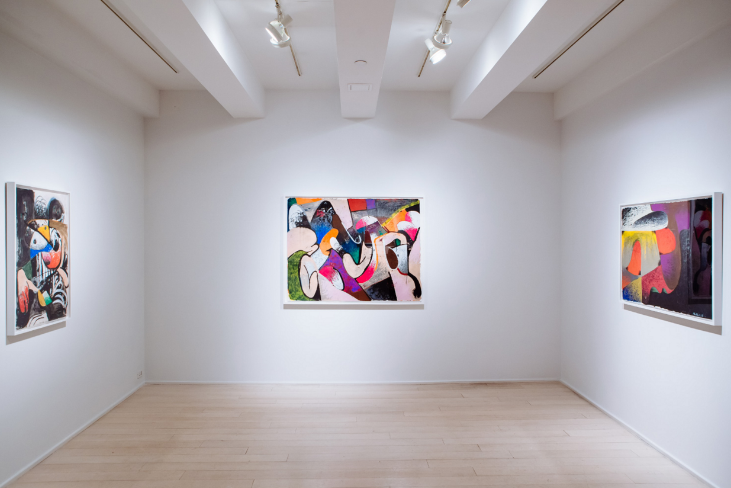